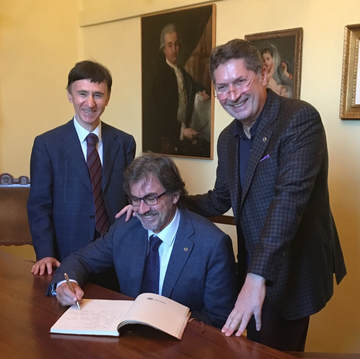 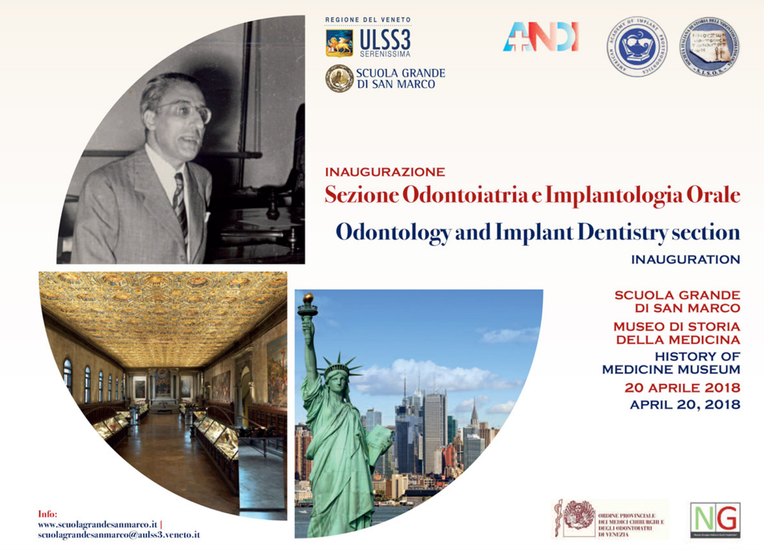 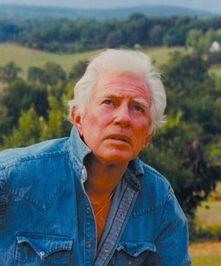 Implant Dentistry Museum in Venice to Honor Dr. L. I. Linkow and Dr. J. Wimmer
Lori Winkler, JD
The American Academy of Implant Prosthodontics (AAIP) in cooperation with its Italian affiliate, NuovoGiSi, will sponsor an implant dentistry section in an established Venice, Italy, museum of medicine.  The implant section will be named in memory of two American innovators, Drs. Leonard I. Linkow and Jack Wimmer, who contributed greatly to the development of blade and subperiosteal implants.
The museum is located inside the SS Giovanni e Paolo Civil Hospital, the main hospital in Venice.  After World War II Professor Umberto Saraval was Director of Stomatology at the hospital and also the first editor-in-chief and then director of Rivista Italiana di Stomatologia.
The journal was edited and printed in Venice.  The periodical published the articles of implant pioneer, Manlio Formiggini, who in 1947 described his method for inserting a self-made screw immediately after tooth extraction.  In 1955, the journal published Formiggini’s conclusions after having treated 25 patients.  A number of articles fundamental to the advancement of implant dentistry throughout the years were printed in Dr. Saraval’s journal.

Dr. Leonard I. Linkow
Leonard I. Linkow, DDS, DMSc, considered by his many colleagues and students as the “Father of Oral Implantology,” died on January 26, 2017, after a long illness at the age of 90.
The name Linkow is synonymous with dental implants.  Dr. Linkow is responsible for numerous innovations in implant dentistry.  Among his major contributions are the blade implant, the self-tapping ventplant root form implant, the tripodal subperiosteal implant, immediate loading, and the internal hex design for root form implants.  He held 36 different patents.  Linkow was the only dentist ever to be nominated for the Nobel Prize in Medicine.
Dr. Linkow practiced dentistry in New York City throughout his career.  He has been honored in many of the world’s greatest cities— Berlin, Madrid, Milan, Paris, Rome, Shanghai, Tokyo, and Zurich, among others.  He maintained lifelong friendships with some of the most renowned people in the dental profession.  He is the author of 19 textbooks and approximately 100 articles in dental and medical journals.  He developed and introduced numerous implant systems, many of which are in use today throughout the world.  A number of international congresses and seminars bear his name.
Dr. Linkow was Clinical Professor of Implant Dentistry at New York University College of Dentistry at the time of his death.  He also served as a Clinical Professor in the Department of Prosthodontics at Temple University in Philadelphia for many years, where he demonstrated surgical and prosthodontic implant procedures, lectured to both undergraduate and advanced education students, and gave interested students and faculty unique training, which was unavailable at other dental schools at that time.
In 1992 New York University College of Dentistry created the first and only endowed chair in implantology in perpetuity with Dr. Linkow as the recipient. 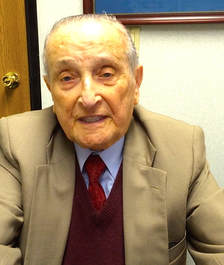 Dr. Jack Wimmer
Dr. Jack Wimmer, a highly respected and historically important innovator and contributor to the dental profession, died on May 24, 2017, at the age of 94.  A Holocaust survivor whose entire family was murdered at the Belzek death camp, Jack met his wife, Sally, a year after his liberation.  He completed his dental education in Wurzburg and began practicing dentistry in Munich.  In 1951 Jack and his family immigrated to the United States.
Jack opened his own dental laboratory, Park Dental Studios, initially located at 30 Central Park South, in Manhattan. Park Dental Studios became one of the most widely known and respected dental laboratories in the country.
In the late 1950s Jack developed a great interest in dental implantology.  He worked closely with Dr. Leonard I. Linkiow and others pioneering the introduction of dental implants.  Jack helped develop and lectured throughout the world on subperiosteal implants.  He authored chapters for implant textbooks and wrote articles on implants and dental laboratory technology for dental periodicals.
Jack founded Park Dental Research Corporation, which introduced several innovative products.  He is responsible for introducing to the profession the use of radiofrequency glow discharge for sterilizing and cleaning the surface of dental implants.
Linkow and Wimmer Museum of Oral Implant History
The hospital museum will include a section devoted to the history of oral implantology.  Dr. Linkow’s daughter Sheree, and Dr. Wimmer’s wife Sally Wimmer,  son  Dr. Howard Wimmer an daughter Betty Wimmer, have donated a large variety of the original initial castings and carvings of blade and subperiosteal implants to the museum.  Dr. Linkow’s initial drawings and notes were also donated along with other items.
Throughout the years Drs. LInkow and Wimmer gave their colleagues and close friends, Drs. Sheldon Winkler and Mike Shulman, numerous early castings, blade insertion instruments, old patient education models, drawings, and other historical implant objects.  All of these items were also donated to the museum.